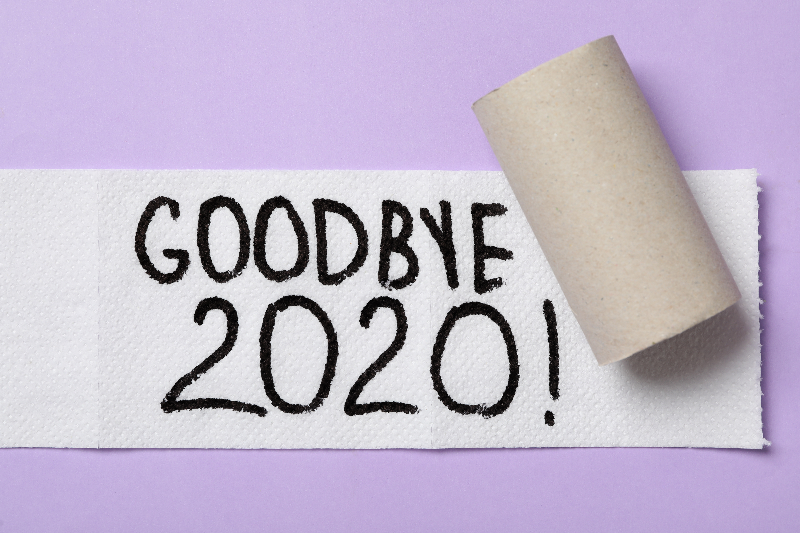 First and foremost, please join us in saying goodbye to 2020. While markets may have ended up on the year, the path they took to get there was one of the most volatile and unpredictable in history. The last weeks of 2020 saw a staggering variety of world events: Brexit finally happened, countries around the world began to deploy various vaccines for COVID-19, and the US government was able to complete an 11th-hour stimulus package of $900bb.

In calmer times, any one of these news items would have been a multi-day headline. However, these are not calm times, nor are they normal times. 2020 saw the largest drops in US GDP and employment in recent memory, dwarfing those of the Great Financial Crisis. It also saw an unprecedented stream of monetary and fiscal stimulus from all the major central banks, which greatly helped bolster asset markets worldwide. Despite the amazingly rapid development of vaccines for COVID, it remains unclear whether the worst of the pandemic is behind us, which in and of itself is cause for caution as 2021 unfolds. The COVID data from November and December has been some of the most troubling of the pandemic thus far, with January and February likely to continue the trend.

With the headwind of continued pandemic concerns and the recent weakening of labor markets in the US, it is likely that the recovery will slow in early 2021 before eventually picking back up before the end of 2021. Not only are millions still battling financial insecurity, but also the U-3 unemployment rate and the U-6 underemployment rates both remain at elevated levels. We have likely seen the peak of labor market improvements for the time being as a drop in the labor force participation rate combined with an increase in the number of long-term unemployed workers (6 months or more without work) are both significant negative indicators. Inflation has remained low, while wages have continued to stay roughly on-trend (approximately 3%), which are overall neutral to positive parameters in this economy.

Despite the headline risks mentioned above and the weakening of the US labor market, asset markets worldwide seem to be progressing in an upward direction. This disconnect between asset markets and macroeconomic data has been a cause of concern for many economists and strategists across the spectrum. It has also become something of a political grenade for governments to toss back and forth while weighing additional stimulus and battling the pandemic. What has caused this disconnect between Wall Street and Main Street? In short, monetary stimulus in almost incomprehensible quantities deployed in a fraction of the time seen in previous rounds of QE. The Fed and other central banks have deployed over $8tn of monetary stimulus while their governments have passed over $10tn worth of fiscal stimulus packages. While a not-insignificant percentage of that fiscal stimulus has gone to individuals, small businesses, and pandemic assistance, much of it has gone straight to asset markets via banks and corporations.  Many of these entities have simply borrowed at record low rates and then purchased their own stock or other companies while the Fed continues to vacuum up the majority of newly issued US Treasuries and Agency mortgage-backed securities.

This flood of liquidity has led to one of the fastest equity market recoveries on record from a technical bear market, as well as strong performance in longer-term fixed income markets (with some exceptions for those industries and companies directly damaged by the pandemic).

Overall, earnings in 2020 held up better than initially forecast in the wake of the shutdown, primarily due to significant downward revisions in earnings estimates as the potential effects of the pandemic on the economy became known. Earnings per share have the potential to hit new highs in 2021, but this obscures the fact that many companies lost a massive amount of revenue as their consumers sheltered in place and changed consumption habits. These shifts have led to a proliferation in work from home (WFH) based companies and technologies, such as Zoom, Peloton, Door Dash, and others. These are trends that are likely to persist over a longer time period as more people get used to working remotely, and business travel is considered less necessary than before the pandemic.

We continue to monitor developments in the markets and the global economy carefully, with the experience of 2020 under our belts to help prove by example that black swans (unforeseen tail risks or exogenous events) still exist and that we should never take success or the health of our loved ones for granted.

Here’s to the end of 2020 and the start of 2021, which will hopefully prove to be a calmer year for all of us. We are available to discuss current market developments as well as our portfolio positioning. As always, we wish you the best and hope you and your family stay safe and healthy.