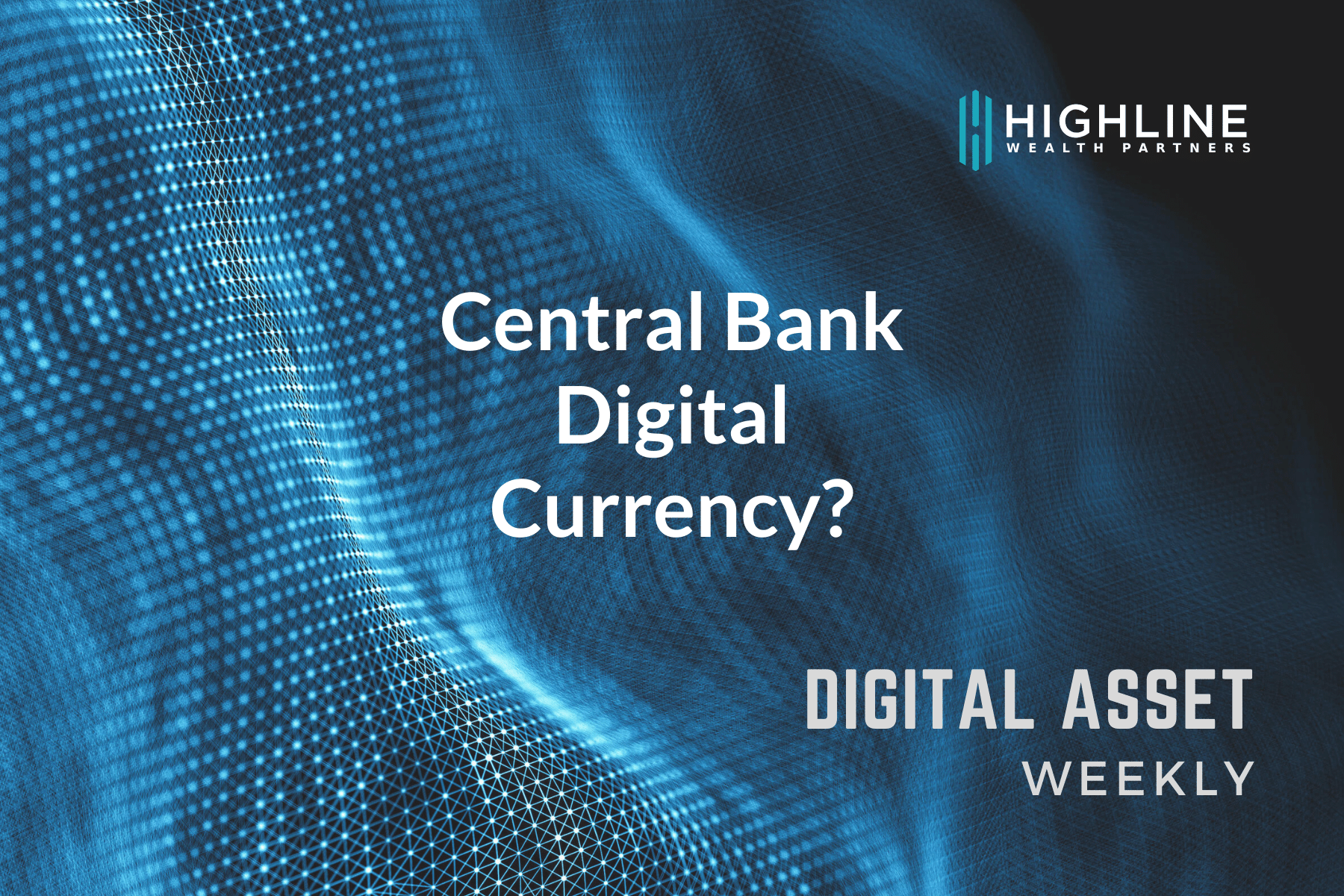 Friday Focus:   What Is a Central Bank Digital Currency?

Those paying attention to economic news may have recently come across information about CBDCs (central bank digital currencies). The reason this term is coming into conversation today dates back to March 9, 2022, when President Biden signed an executive order requesting that the government begin research on a CBDC.

Before creating your own opinion on the effects of this in the future, we want to explain what a CBDC is, where the United States stands in terms of CBDCs, and what might occur in the future based on the current situation.

CBDC is a digital form of money directly issued from a central bank. It might seem as if all money is digital nowadays, with most people paying using apps, debit cards, and credits cards. However, it is much more complicated and involves multiple banks, financial institutions, and payment processors moving money from place to place.

Incorporating a CBDC system could make the process simpler. For example, you could open an account with the central bank, and that bank would create digital cash that goes into it. Then, using an app on your phone or tablet, you could make transfers between accounts under this same bank.

Major Happenings Regarding US CBDCs

In January, Congressman Tom Emmer from Minnesota introduced a bill that would stop the Fed from issuing a CBDC to individuals directly. The bill claimed that issuing the CBDC directly to consumers would be a means of financial surveillance used by the government in a way similar to China, which introduced the digital yuan in 2021.

In late March, Senator Ted Cruz from Texas provided a Senate companion to the bill. This would let it be considered in both chambers of Congress simultaneously to increase how quickly a decision could be made. Senator Cruz is creating legislation to prohibit the Federal Reserve from developing a direct-to-consumer CBDC which could be seen as a “ financial surveillance tool” by the federal government.

Where the United States Stands on CBDCs

Biden's order has only been placed, and it will take time for the process to occur. In fact, it may take years for the infrastructure to be put into place so citizens can use the central bank and its digital cash as a means of payment. As it stands, nothing has changed other than a new method of payment being requested by the US government.

There are still many questions to be answered, such as how to maintain security, protect privacy, and avoid money laundering.

Why this matters to you

The federal report from January 2022 shows that CBDC could be a way to create cheaper and faster payments while providing the general public with access to a digital currency that has no risk to their credit. The hope is to create better financial inclusion, especially in the cases of economically vulnerable communities and households.

However, the way this plays out remains to be seen. For example, fees and taxes could be automatically removed from accounts, while money laundering and unapproved funding would be more challenging. In addition, a CBDC could make it simpler for the government to finance grants to businesses and people. However, many believe this concept may encroach on civil liberties and privacy matters.

This article is provided for informational purpose only.  Highline Wealth Partners does not offer investments in digital assets.   The information contained in this article does not represent legal, tax or investment advice.  This information is provided by sources believed to be reliable, but no assurances can be given as to the accuracy of this information.  The information provided is not intended to be individual or personalized investment or tax advice and should not be used for trading purposes. Please consult with your professional financial adviser and tax professional for personalized investment and/or tax advice.

Digital assets are a relatively new asset class. They are subject to unique and substantial risks, and historically, have been subject to significant price volatility. The value of an investment in digital assets could decline significantly and without warning, including to zero. You should be prepared to lose your entire investment.

Digital assets are largely unregulated and may be more susceptible to fraud and manipulation than more regulated investments. Digital assets are subject to rapid price swings, including as a result of actions and statements by influencers and the media.